The 4 Best Root Cause Analysis Tools for your Factory

Root Cause Analysis (RCA) tools help managers and operators go about a Root Cause Analysis in a structured and efficient manner. They ensure that people stay focused on the problem at hand without getting side-tracked. The proper application of RCA tools makes it easier to locate and fix the true root cause of a problem, thereby ideally preventing it from recurring altogether.

Let’s examine four of the best Root Cause Analysis tools, the way to use them, and their benefits for problem solving.

What are Root Cause Analysis (RCA) tools?

Root Cause Analysis tools are investigative techniques that assist in pinpointing the origin of a problem. Their main use lies in systematizing and structuring the search for a root cause. They prevent people from getting sidetracked and help them achieve their goal in as fast and efficient a way as possible.

Below, we’ll discuss these 4 best Root Cause Analysis tools for manufacturing:

The Pareto chart is a great tool to kick-start any Root Cause Analysis. Pareto charts bundle up information and present it in the form of a comprehensible graph. Through the combination of a bar chart and a line graph, the Pareto chart gives a clear overview of the problems that exist in an area and the frequency in which they occur. The histogram’s bars are arranged in order of significance, making it easy for managers to see which problems cause the most downtime.

The above image clearly shows that the problem represented by the changeover bar is the cause of a major amount of downtime. This observation could lead to a further investigation into the source of the problem, which, by using other RCA tools, will become gradually more defined.

Although Pareto charts are easy to make and can be used in any kind of industry, they must be fed with good data to be complete and effective. If you don’t have quality data, it is better to leave the Pareto chart aside and instead use gut-feeling and instinct for this step of your RCA.

The 5W1H method is a great second step in your Root Cause Analysis. By asking six questions, this RCA tool guarantees that everyone on your team understands each aspect of a problem. This technique consecutively asks what the problem is, when and where it occurred, who was involved, and why and how it happened. It thereby divides the problem discovered by way of the Pareto chart into factual components. The exact (number of) questions may vary. Some companies, for example, add how much to the questions to figure out how much loss a problem is causing (5W2H).

Answering all six questions will clarify what the problem is and on what should you focus in the further steps of your RCA. While the Pareto chart defines priorities, 5W1H characterizes them.

The 5W1H method does not cost any money, only takes a short amount of time to perform and can bring a welcome clarity before diving into the issue. It can easily be done on a whiteboard or even on a piece of paper.

The fishbone diagram (also called the Ishakawa diagram or cause-and-effect diagram) is a step-up from the 5W1H method. It makes it possible for everyone involved in an RCA to share their ideas about the cause of a problem. These ideas are grouped into a diagram that roughly resembles a fish skeleton.

The branches of the diagram are formed by different causal categories (in manufacturing, these generally consist of the 5 Ms), while the central horizontal line points to the problem. This RCA tool is great for getting a diverse set of people involved in a brainstorming session: Everyone is free to pitch their ideas, and the form of the diagram guarantees that a large amount of ideas can be arranged in a coherent way.

After all possible causes are entered into the diagram, they can then be empirically examined. Everything that isn’t causing the problem is crossed off, leaving a set of causes that cannot be ruled out.

The 5xWhy method further inspects the possible causes left over from the fishbone diagram. By continually asking why something happened, a tree of cause-and-effect is formed, making it possible to reach the root cause in a structured way. The question why does not necessarily have to be asked five times; it must be asked as many times as is necessary to get to the root cause.

As you can see in the example above, this RCA tool can be used to reach the cause of problems ranging from mundane mishaps to complex factory issues. This method is great because using instinct at this step of an RCA may lead to wild goose chases. Instead, a clear and logical chain of causes is formed, each of which can be confirmed or discarded. Moreover, to ensure the logical integrity of this technique, the tree can be run through in the opposite direction.

4Industry’s connected worker platform encompasses a virtual version of the 5xWhy method. This has lots of benefits: instead of having to deal with physical mediums like paper for carrying your 5xWhy tree, information is stored digitally. This means that if the problem recurs in the future, your archived 5xWhy tree can be easily accessed.

Furthermore, individual steps in the 5xWhy method can be assigned to personnel at a distance, who will be able to understand their task as they can see the analysis themselves. Last but not least, 4Industry allow people from other plants in different countries to connect to the 5xWhy board and participate in an analysis or view its results. 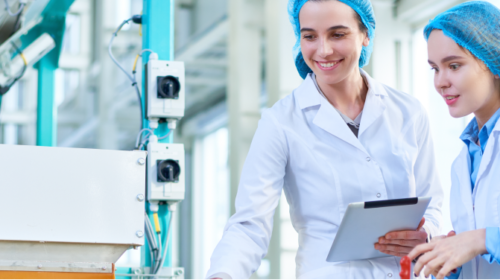 Digitize your inspections, audits and checklists 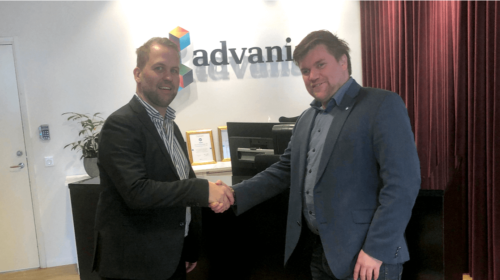 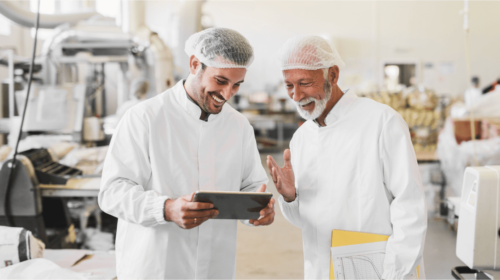 Digital Poka Yoke and its value in a factory